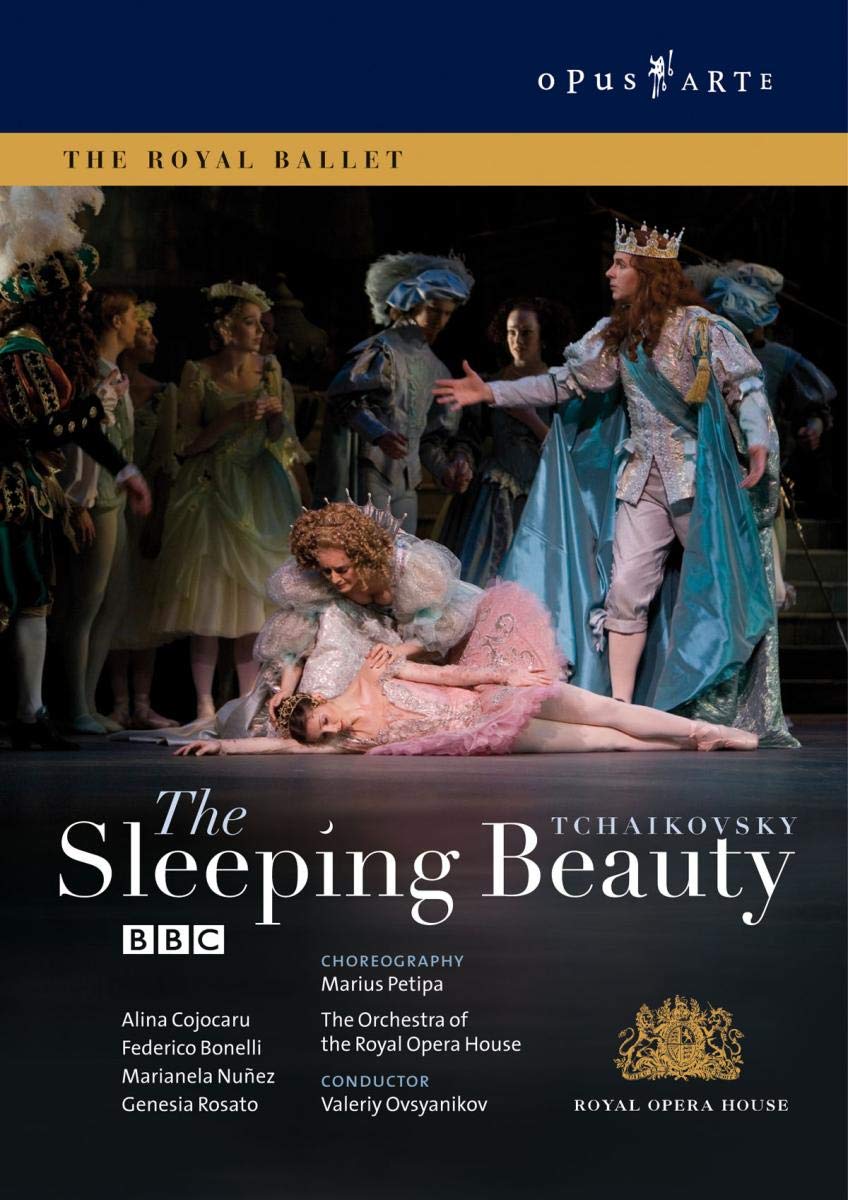 Tchaikovsky's The Sleeping Beauty is one of the best loved of classical ballets, combining in a single work all the enchantment and virtuosity that ballet has to offer. The royal court, the panoramic journey of the Prince to the overgrown castle, and the great celebratory dances of the happy ending (in which other famous fairytale figures appear) are all brought to life by the luscious designs of this celebrated production, created in 1946 for The Royal Ballet. The inspired performances of its revival for the 75th anniversary of the Company in 2006, together with a magnificent High Definition recording, make this a superb tribute to The Royal Ballet's unique style and visual splendour.

Press Reviews
"Alina Cojocaru's Aurora was the ballet's radiant centrepiece, charming, in control and filled with a palpable delight in every pretty step." (The Times)

"Here we have a visual record of a very enjoyable Royal Ballet production of The Sleeping Beauty. Presented as part of the company's celebrations marking Sir Frederick Ashton's centenary, it was, in fact, a welcome revival of the celebrated 1946 Sleeping Beauty that had provided a significant post-war boost to both the company's morale and its wider reputation." (Musicweb International)

"In 2006, the company revived its classic Sleeping Beauty, featuring pretty Oliver Messel designs and a spruce choreography combining the romantic Petipa original with Ashton's hallmark narrative. Nuñez is charm personified as the Lilac Fairy, and has there ever been a more enchanting Aurora than Cojocaru? ""em" (BBC Music Magazine ★★★★)

Revived for the 75th anniversary of the Royal Ballet, The Sleeping Beauty--the first of Tchaikovsky's story ballets--is based on the familiar fairy tale. Created by Monica Mason and Christopher Newton, this 2006 production augments an earlier 1946 mounting, with Peter Farmer recreating Oliver Messel's designs, and choreography based on the work of Marius Petipa for Diaghilev's Ballets Russe (with a new garland dance by Christopher Wheeldon). Performed at the Royal Opera House Covent Garden, The Sleeping Beauty's cast includes Alina Cojocaru as Princess Aurora, Federico Bonelli as Prince Florimund, and Marianela Nuñez as the Lilac Fairy, who each execute their roles with élan (to ecstatic applause from the audience), backed by the lush score performed by the Orchestra of the Royal Opera House under the baton of Valeriy Ovsyanikov. Boasting excellent camerawork that offers a good mix of full stage action and well-placed close-ups, The Sleeping Beauty is presented with DTS 5.1 and LPCM stereo sound options. DVD extras include a synopsis and cast gallery. Highly recommended. -- Video Librarian, Jane Reed, May/June 2009

Joint Research Agreement between the GIK Institute and FUNSOM, China

In addition to its great historical character, the location of the Institute offers many advantages. The northern areas of Pakistan which attract expeditions from all over the world are easily accessible from here. Perhaps the most important advantage is the invaluable opportunities it offers for establishing interaction between industry and university